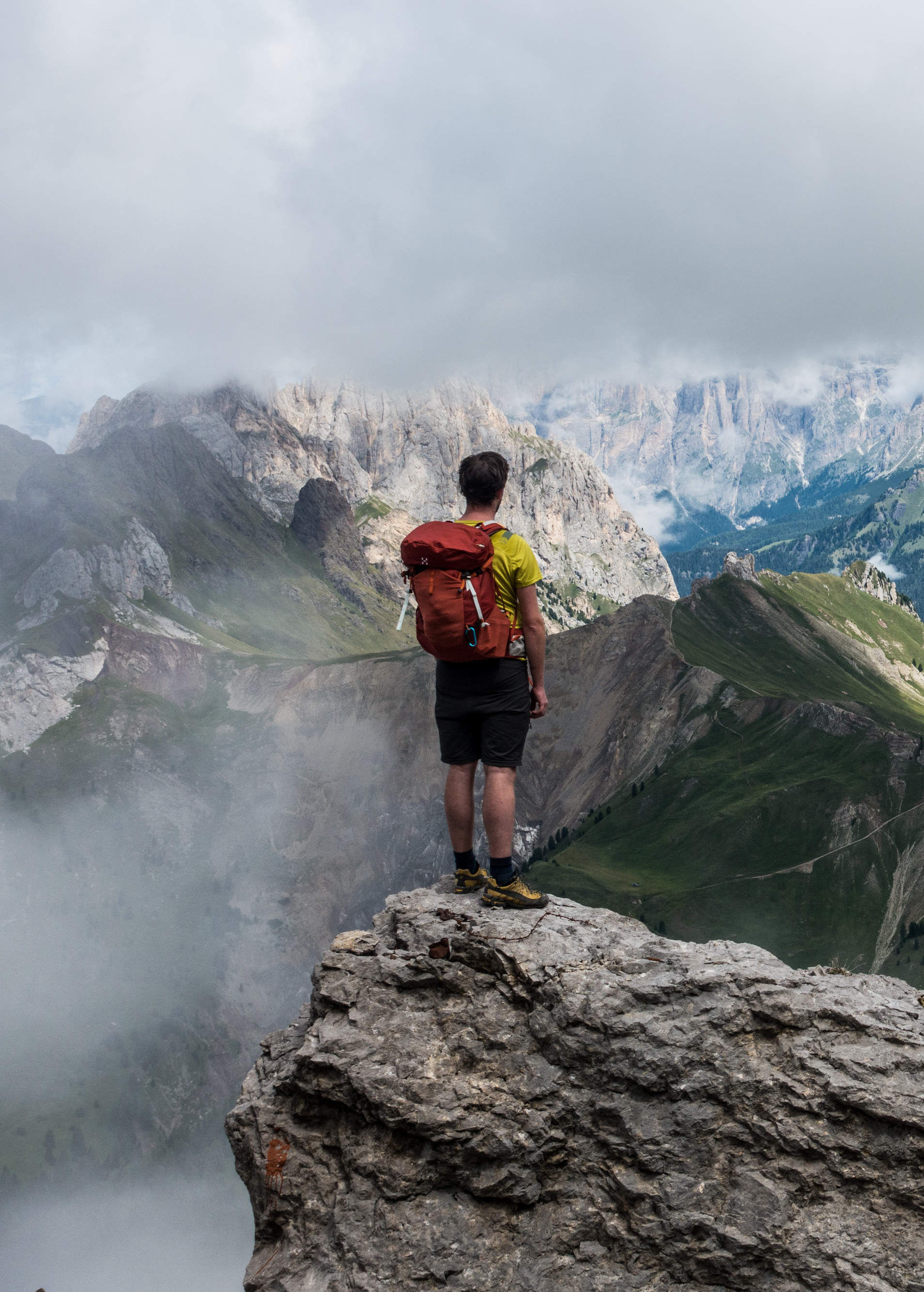 My top tips during my best summers at Camp USA! The perfect summer job

Like most girls my age, The Parent Trap was my all-time favourite movie growing up and I’ve dreamed of going to an American summer camp ever since. The idea of meeting your ‘long-lost twin sister’ is absolutely unrealistic at best, but little did I know that I would make friends over there that feel pretty close to that – like a whole new family, a camp family. I was hired by Camp Pondicherry in Maine and it is now my home away from home and my favourite place on Earth. So, let me tell you a little bit about how I got to the point of going and my experience with it all… 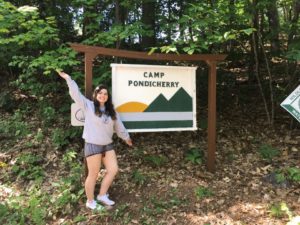 Why I Decided To Go and The Application Process

I knew very few people who had actually done camp when I first applied, but I was so drawn to the idea of it and I was so intrigued. I just knew it was something that I was interested in doing and I just kept thinking – If not now, when? I was in the middle of my second year in college and myself and a friend were talking about it one day and we just kind of, you know, went for it. I can’t imagine how different my life would be right now if I hadn’t taken that leap to just sign up. 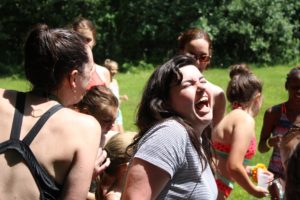 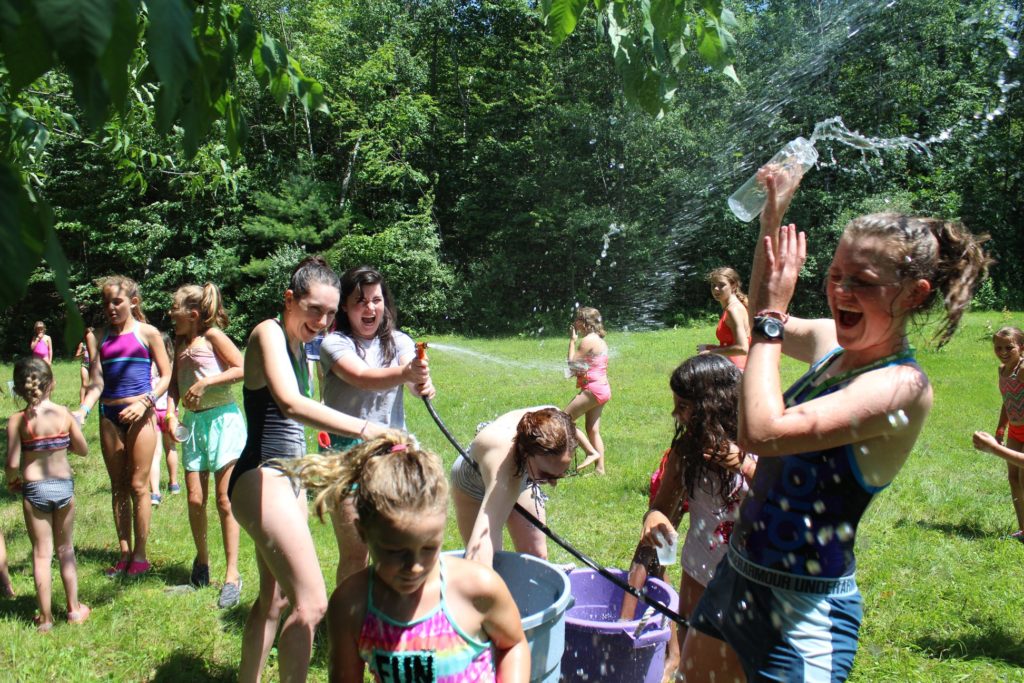 I was one of those people who didn’t really have any particular skills like, yes, I could cycle a bike, I could swim, and I knew how to do some arts and crafts, but I never felt like I had the confidence or experience in an activity to actually teach it to children (and God, was I wrong about that!). Originally, I didn’t get offered a job in my camp, but about a week later, my camp director emailed me and said a position had come up and that she’d love for me to take it – I like to call it fate. I got offered the position of the Archery Director – me?! Archery DIRECTOR?! I had never held a bow and arrow let alone planned and coordinated a whole program in it. Little did I know I’d have the time of my life and found one of my new favourite hobbies. 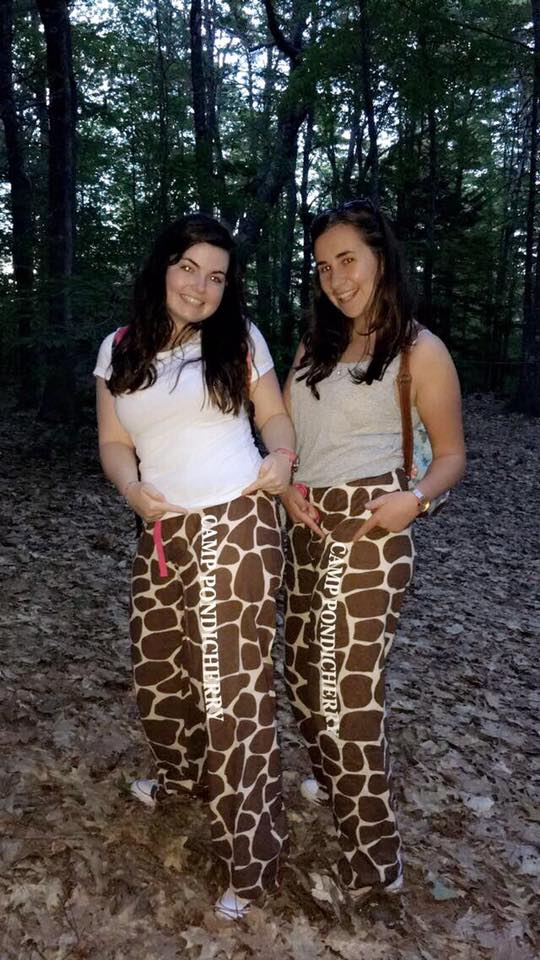 I got hired pretty late, so I literally had 2 weeks to get my visa and pack before I had to be at camp – it was all go but so exciting. USIT were so great at getting me sorted at literally the last minute. It was definitely kind-of daunting travelling across to America all by myself for the first time to a completely new place where I didn’t know anyone, and I didn’t really know what to expect (even after watching endless YouTube videos of ‘Camp life’ and ‘What Camp USA is like’), but it was also the most exciting thing I’ve ever done. 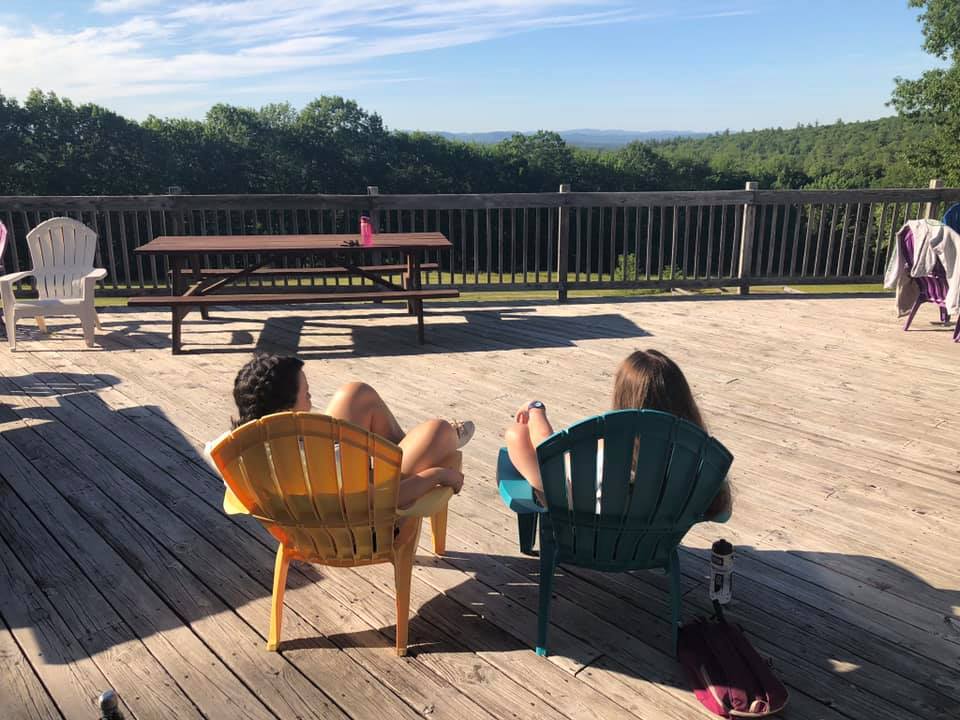 Not Your Typical 9 to 5 Job

Camp involves waking up at 6:30 in the morning and being on the go throughout the entire day until like 9 or 10 o’clock that night and doing it all over again the next day. The days are long but 95% of the time it doesn’t even feel like work – it’s like endless days of new adventures, learning new things and SO! MUCH! FUN! Cheesy, but true. Being a camp counsellor involves being the parent, sibling, nurse, friend, teacher, superhero, mediator, tooth fairy, and so much more. You’re so much rolled into one person and you don’t even realise it or think twice about it. 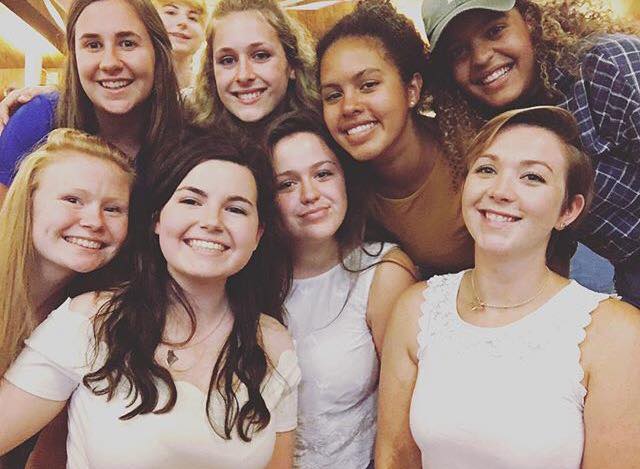 It is the most rewarding and enjoyable job you will ever have. Working at camp will teach you things about yourself and will bring out the best in you in every way. It gives you the chance to be a kid again without a care in the world – wearing silly costumes, playing children’s games, singing camp songs that will be stuck in your head for months after camp, allowing kids to paint your face however they like (and have a bucket of glitter put in your hair which never really goes away), eating your body weight in pancakes for breakfast, weekly Walmart runs where you will never ‘only get what you need’, and so much more. And the best part about all this? You literally get PAID to have fun. (Okay, I lied, the best part is the walkie-talkies and driving the golf cart, but I mean, getting paid to have fun is pretty cool too.) Like, don’t get me wrong, it’s not all rosy, it can be really tiring and tough at times. I often found myself being presented with situations I have never been in and had NO idea how to handle but instinct kind-of kicked in and you just deal with anything that happens – you’ll learn more in 8 weeks of being a camp counsellor than in any other job. 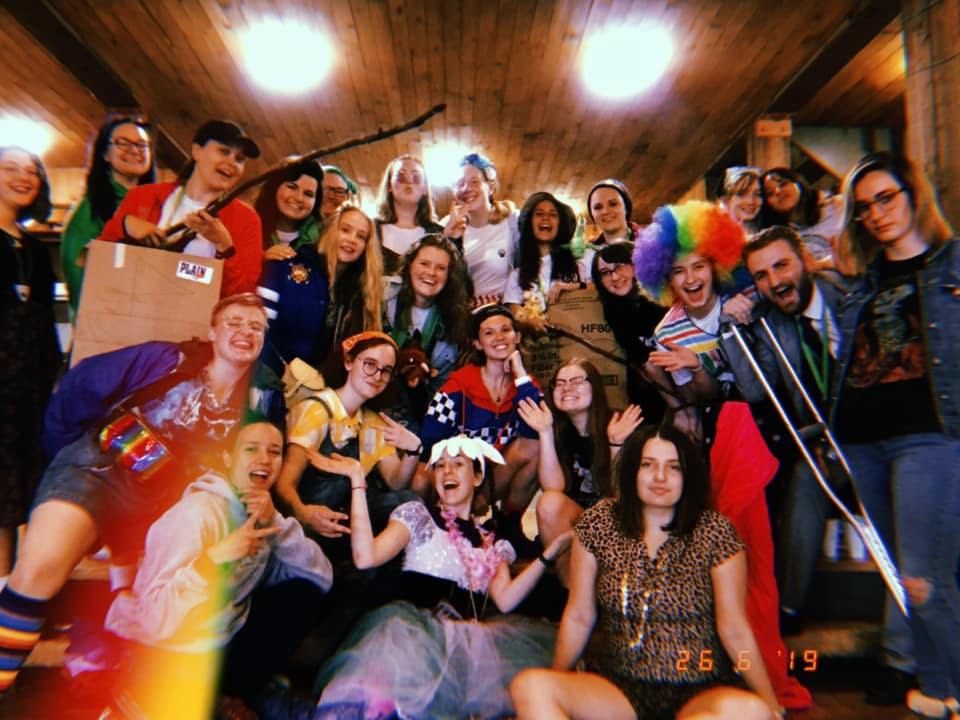 Also, what other job do you get to work and live with your best friends (that you literally just met)? It’s CRAZY how fast you become close to people you’ve just met – people from all over the world. You go straight into this ‘camp bubble’ and it feels like you’ve known these people forever – like your own little community. These people are like your support system at camp and will see you at your best and worst moments. During my second year in camp, we had a few injuries and there was a stomach bug going around so we were down a good few staff and I have never seen a group of people come together to get all the work done no matter what was thrown at us – the sense of community is something that stays with me whenever I think of camp and it’s just so special to me. That’s what keeps me coming back every single year. 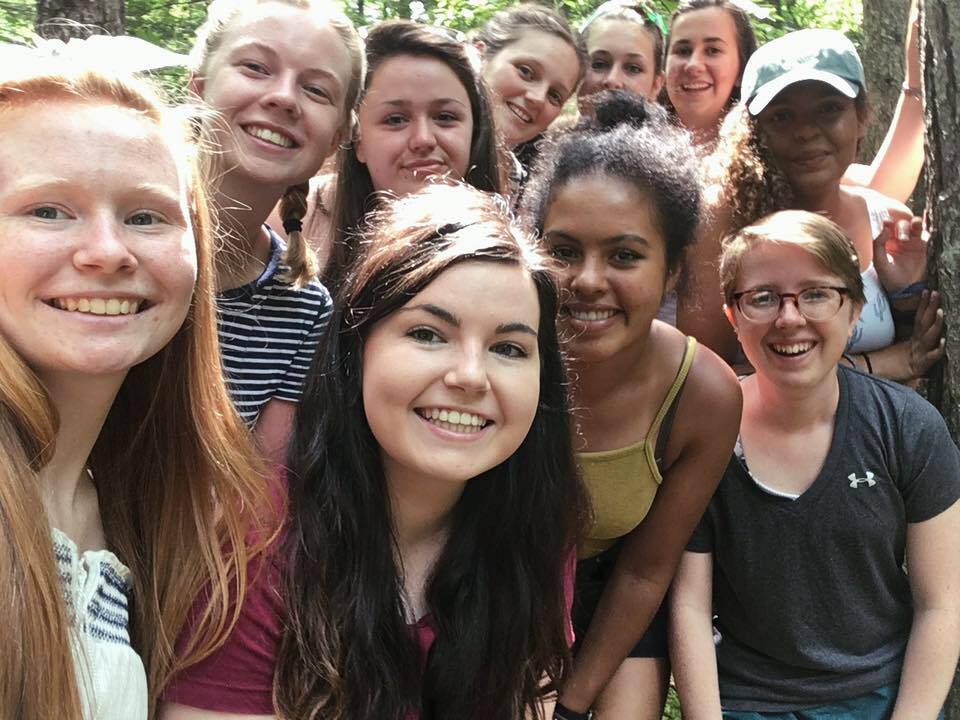 You know what else keeps me coming back every year? The kids. I worked in a Girl Scouts camp and empowering the young girls was one of our main goals. Showing them that they could do whatever they put their mind to. Myself and so many of my other co-counsellors constantly found ourselves going that extra mile to help kids excel or level up in activities/skills and I wouldn’t change a single thing about that – it’s so rewarding. We had new kids every week so every week it was like gaining 24 little sisters, admirers and friends – and nothing beats seeing their faces again the following year when you come back, and they’re all grown up!

We have an in-camp mail system called ‘happy grams’ – we can send these happy grams to other counsellors or to kids and vice versa throughout the week and I keep every single happy gram I get – not going to lie, sometimes I cry (happy tears) because they just make my day! Sometimes you’d even get mail off them after camp too which is just so rewarding (more happy tears!). It’s the people that make the experience everything that it is. 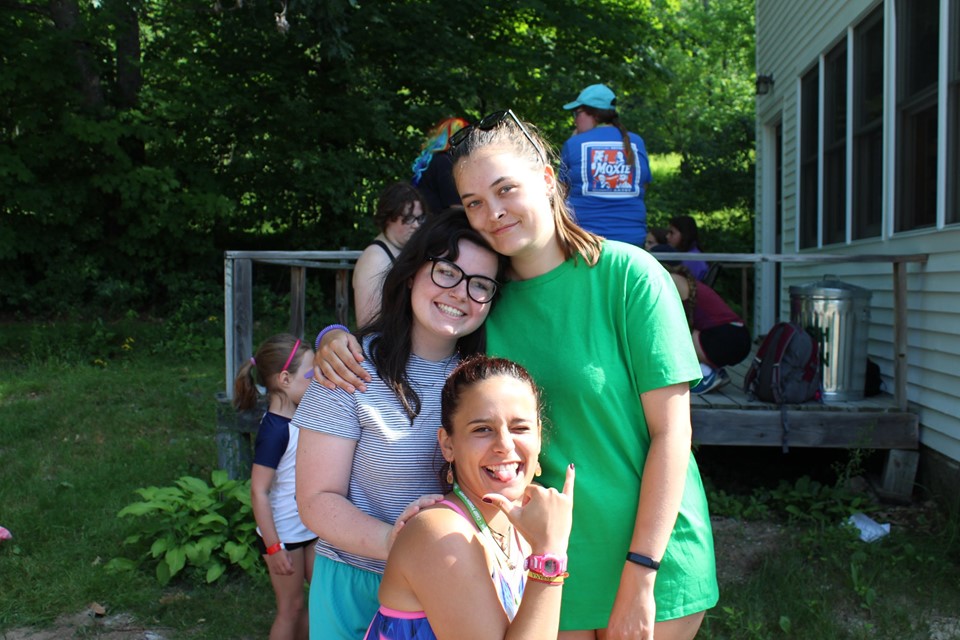 At camp, you’re accepted for everything that you are, and you’ll never be judged – it’s a place where your quirks are embraced.

Becoming The Best Version of Yourself

I literally grew so much in camp and learned so much about myself. It truly brings out the best in me. Before camp, I used to constantly second guess my decisions and my choices and by the end of my first summer in Pondi, I found myself not even thinking twice about the choices I was making, and I started to trust my own instincts – and you were encouraged to do this. I would never have been described as an ‘early riser’ but in camp (on days off) you’d never see me sleep in past 8AM. Before camp, I never had much confidence in front of large groups of people but by the end of my first summer I found myself throwing myself into leading camp songs and flag. I was always reluctant to do stuff I didn’t know like that back of my hand but in camp I found myself just going with the flow without worrying or questioning myself. Also, I was able to have a well-needed break from being on my phone so much, and I didn’t even miss it. Camp just makes you appreciate the little things so much like a cup of coffee in the morning, a friendship bracelet, a hug or simply just someone sending you a little happy gram. It just allows you to really live in the moment. 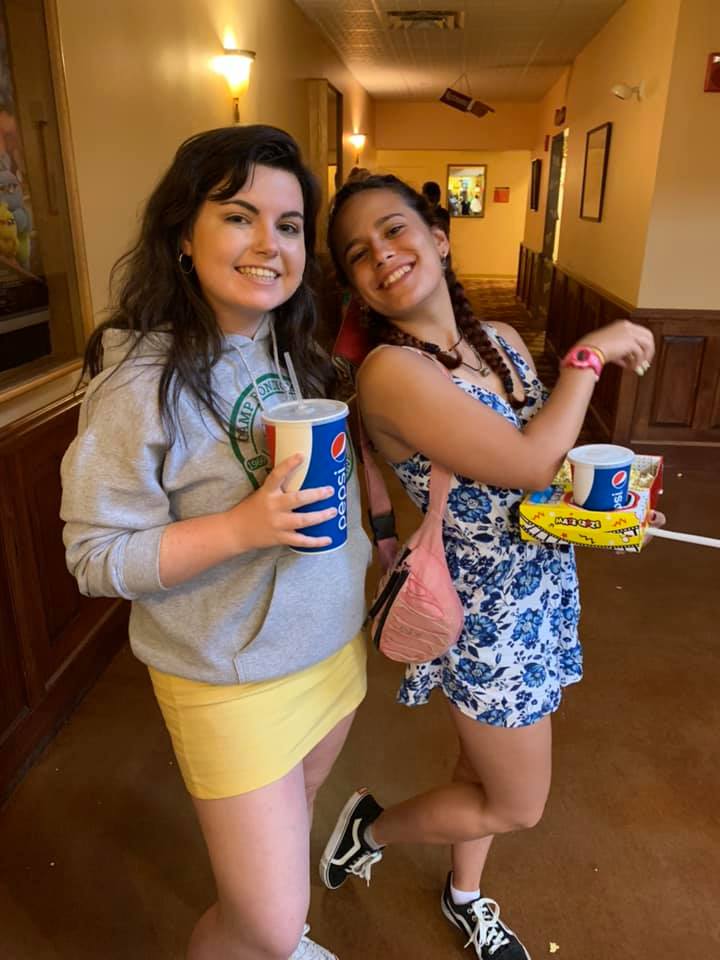 Your typical uniform is a tie-dye shirt (for me, a chance to wear all of my Taylor Swift t-shirts), shorts, no make-up, hair thrown up in a ponytail with a headband and old runners or flip flops, you probably haven’t showered in days and you more than likely have some form of sunburn (especially when you’ve got lovely pale Irish skin like me) and yet there’s still no other place on Earth that you’d rather be. 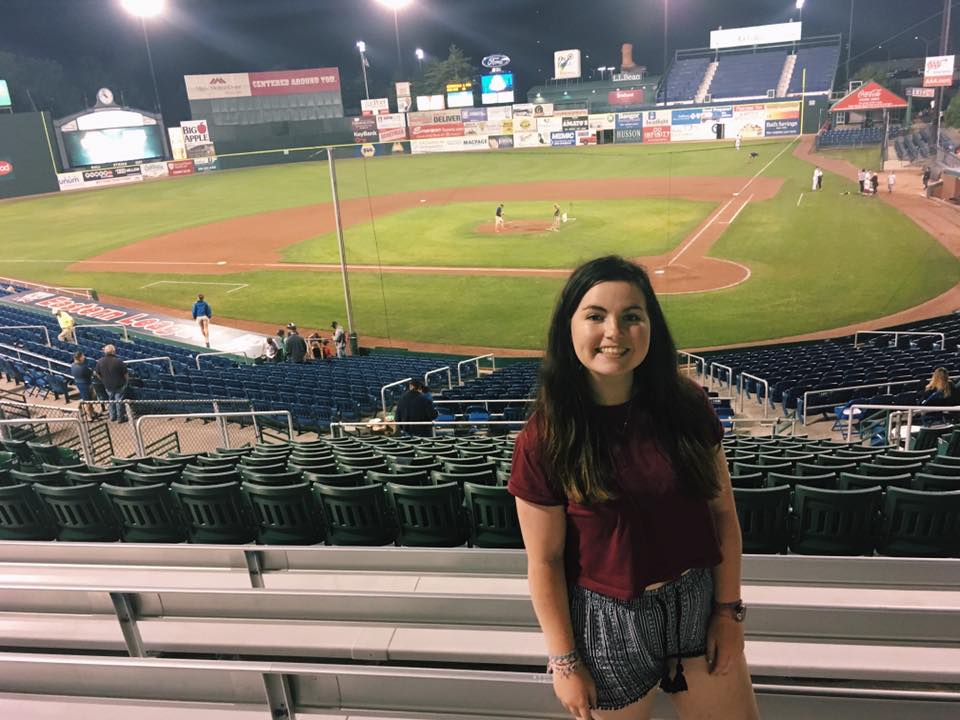 The Toughest Job You’ll Ever Love

I read that somewhere once that being a camp counsellor was the toughest job you’ll ever love and it’s actually the most accurate way to sum up camp. It’s tough and some days you just want to go home and hug your mam or your dogs, but you’re bound to have moments like that when you’re away from home for 2+ months – the good always outweighs the bad and when it actually comes to home time – I cry my eyes out every year because I just don’t want to leave the place or the people.

Camp is SO much more than just a summer job for me – I think and talk about it all year around and just plan for the next summer. Camp makes you feel more alive, loved and appreciated than ever. I honestly couldn’t imagine spending a summer anywhere other than Pondicherry.

If you loved Rosin’s camp story and want to head to Camp USA this summer, check out our website here to get more information!